In preparation for a newcomer into our household (a baby in September!), we decided to do some rearranging of rooms. Coco and Cosette, who used to live upstairs, were moved downstairs, along with my office.  So now they primarily live in the kitchen / hallway, with supervised access to my office. 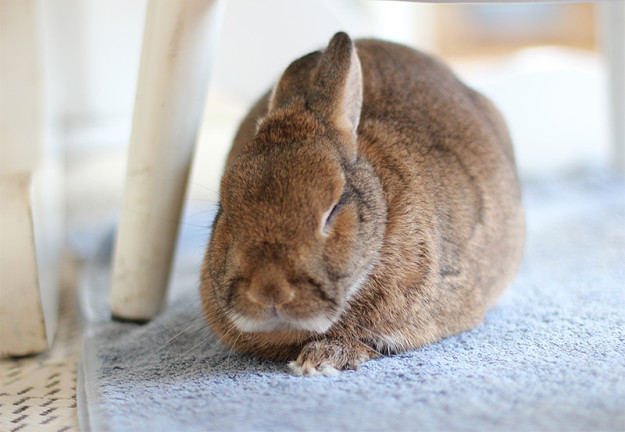 Coco in his new favorite spot under the kitchen table.

The house is an old Victorian with beautiful, intricate woodwork in the downstairs. It provides a multitude of wooden corners and edges that would be a rabbit’s dream to destroy. 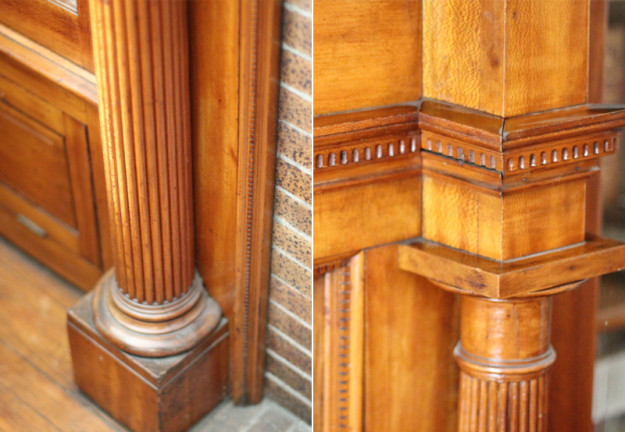 Examples of the Victorian woodwork.

As we discussed in our Bunny Proofing article, baseboards will get destroyed if not protected. When Coco and Cosette lived upstairs, we mainly blocked off the baseboards with furniture and tunnels, and we also just let them go a bit. Periodically, we would sand them down and repaint them, as the upstairs baseboards were just 2x4s, not like the historic, intricate moldings found downstairs.

We liked this idea, but we were also looking for a solution that you could easily remove on a temporary basis (perhaps when having dinner guests, e.g.) and one that did not involve putting a lot of holes in the moldings.

We brainstormed a few different ideas, including using zip-tied storage cube panels that would run along the walls and would be attached by a limited number of hooks by the doorways. Furring strips zip-tied to the storage cube panels would provide a buffer between the fencing and moldings so that little rabbit mouths couldn’t reach the woodwork. This solution would allow us to remove the fencing (which would be unsightly) in a quick and easy way, and then put them back on as necessary.

But in the end, we decided on this solution: 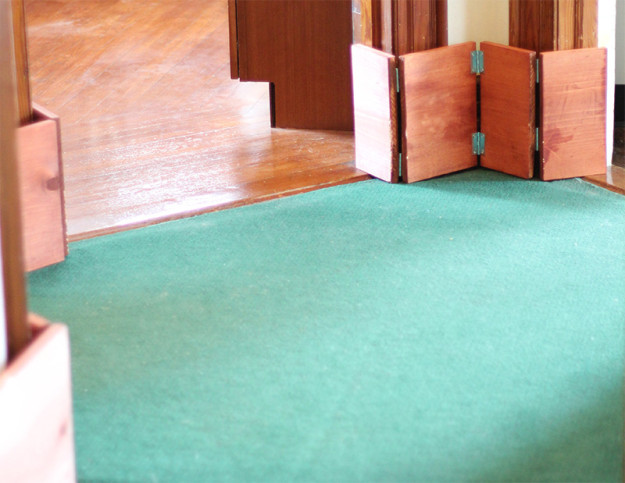